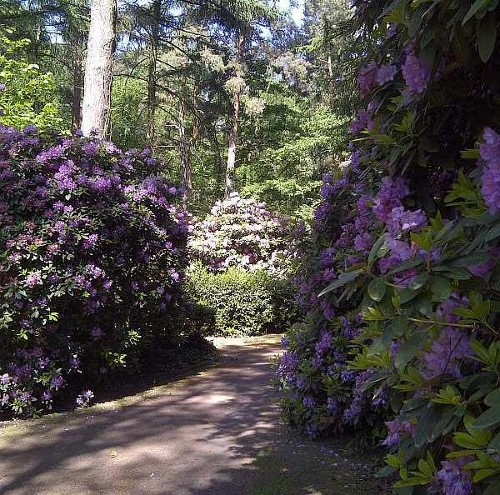 To understand why, we have to go far back in time until 1900. Troisdorf had then only
been an independent municipality for half a year and had grown into a small town with
more than 3000 inhabitants. The cemetery around the Hippolytus Church was running
out of space.

Only ten years later, in 1910, the population of Troisdorf had doubled and for 6000
people, a new graveyard needed to be planned. The search for the best location was
incredibly difficult because Troisdorf was small and had little free space to offer.

A place next to the heath was considered, where the sport and tennis courts are
located today, another one was found where the forest park is now and the third
possibility taken into account was in between the Hermitage and the telegraph.
However, none of them could be realized as the new location for the cemetery and so
the city bought a district on the Sonnenberg, which was part of the military training
area in 1926. A competition was organized and a landscape architect from
Duesseldorf won the first prize. Another architect from Aachen, Heukemes, who
designed the forest cemetery there, was asked to revise his draft again. So finally, on
January 1, 1928, after eighteen years, which had been interrupted by the First World
War, the first dead person was buried here.