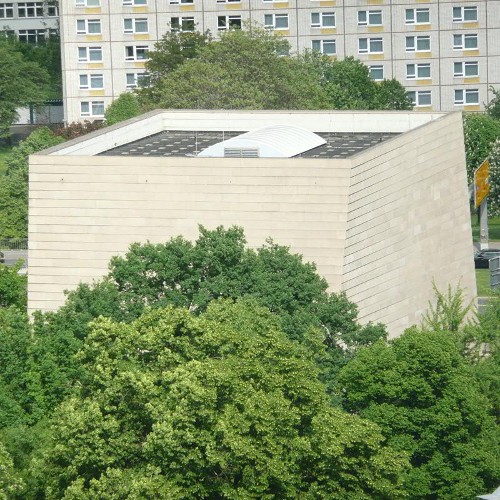 The old synagogue was built by Gottfried Semper between 1838 and 1840. Like many other jewish buildings it was destroyed in 1938 by the national socialists in the so called Reichsprogromnacht. To allow the jewish community to meet for praying after the end of world war 2, the old beadhouse on the cemetary in the Friedrich Street was reconstructed into a synagogue.