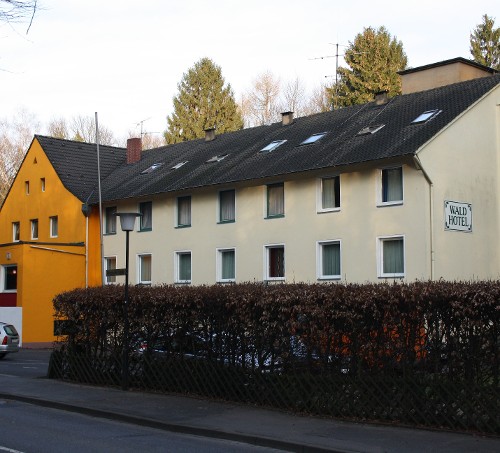 House Ravensberg is a restaurant and the last house on the Altenrather Straße on
the way to the heath.
In 1928, the architect and innkeeper Alois Remmel wanted more families to come to
the well-known café in the forest House Ravensberg. His idea was to let the children
play on a large playground, while their moms could enjoy a cup of coffee and their
dads a beer.

After World War II, the British Royal Air Force seized the house until 1955. In the
following years it grew into a popular location for dancing couples of all age groups.
This ended when watching television in the evening became more and more
common. Remmels descendants run the adjacent hotel in the forest today. House
Ravensberg is now a Chinese restaurant.

Alois Remmel, who was also a member of the city council for many years, built the
restaurant Sanderhof close to the Ursulaplatz after the Second World War.
Interestingly, Sanderhof had already been the location of a restaurant as early as the
beginning of the 14th century.