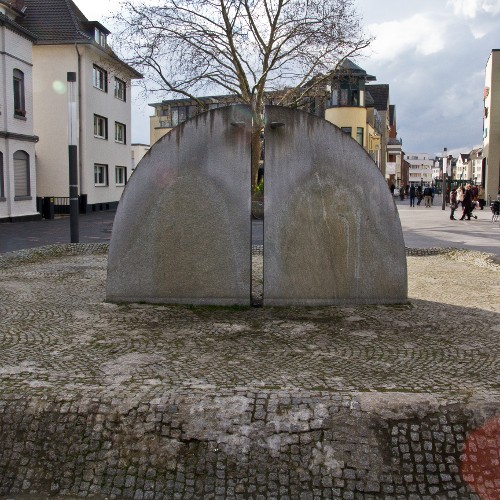 A fountain can be seen behind the big man that consists of two round plates forming a
semicircle, which is interrupted in the middle. It was created when the city asked all
citizens to participate in an art competition to design this fountain. Wilhelm Valder
from Troisdorf won this contest. He had already received the Max Ernst art
scholarship from the city of Brühl.

Originally, Valder had planned a design with round plates made out of mirrors instead
of stones. But those responsible for the fountain decided that stones would be a more
suitable material for such a public piece of art.