Artists' Memories of the West End 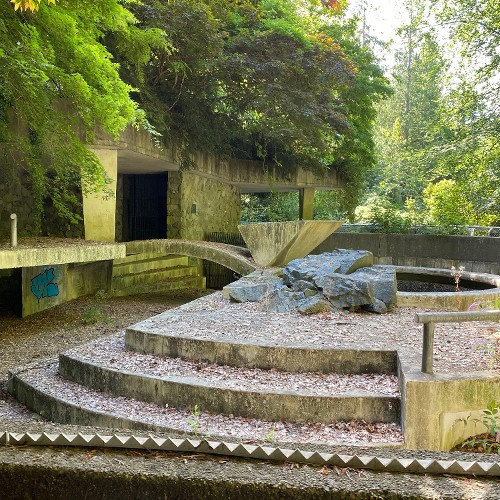 This contribution to Digital Stories Canada is a collection of memoirs that took place in the 90s and the first decade of the new millennium in Vancouver’s historic West End. Here is a small group of artists who practiced their mediums in that time, using their neighbourhood and the exploration of a queer lifestyle as their inspiration.

Jerome Mandrake has been a West End resident for the past twenty years (Minus a three year venture to East Vancouver.) As a performer, he has organized events throughout the West End and has worked closely with the Vancouver Pride Society as a headlining act. Jerome currently works in primary school education in the West End.

Spencer Stump is a Vancouver Film School graduate who has lived in the West End since 2014. Currently working as a prop maker in film, he had taken his talents to the stage as a drag performer and was crowned Vancouver’s Next Drag Superstar at Celebrities Nightclub in 2014. Spencer has taken his drag across the city and has become a familiar face at LGBTQ+ events throughout the West End.

Quinn Peters has been performing and hosting events as a drag artist in the city since 2010.
He has become a familiar face in the community not only for his performance art, but also for his volunteer work at the Pride Society, YouthCo and Qmunity. As an employee for the Queer Film Festival, PuSh Festival and Positive Living at different points in his career, Quinn has been introduced to many residents and stories that make up our West End community.

Michael Pope is a fashion design educator who lived in Vancouver’s West End between 1988 and 1994. He began practicing fashion illustration in his teens and has been working professionally in the field for the past 26 years.

We acknowledge the support of the Canada Council for the Arts. Photos, editing and recording by Jerome Mandrake. Produced by Lorna Boschman.